I think it’s safe to say that the year 2020 has been a challenging year for most freelancers. For myself it was slow getting started due to the initial spike in confirmed covid-19 cases in South Korea, and then the spread around the world that followed shortly after.

Eventually at the end of April things slowly got started again and picked up through until November which I am grateful for. Some highlights for 2019:

Working as a DOP on a Documentary 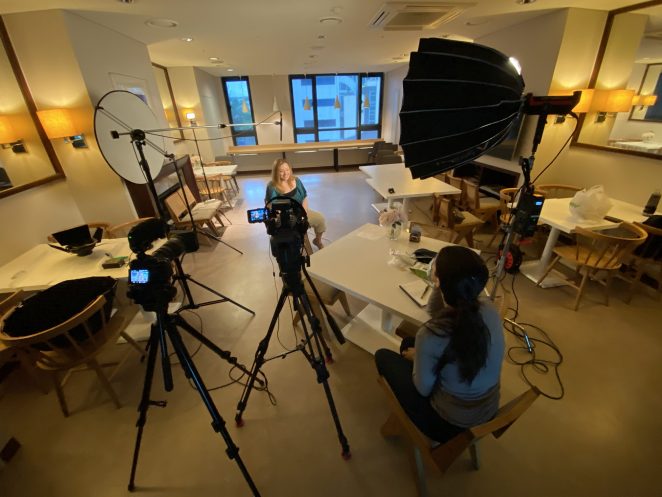 In July 2020 I was given the role of DOP for a doc that I filmed over a 2 month period. I am not able to discuss too much about it but it was a run-and-gun type of documentary with several interviews. For this project I decided to use the Sony FX9 which I really liked. The colors coming out of the camera looked really great and to me are no longer an issue with Sony.  Its form factor makes it easy to pick the camera up and shoot nice handheld right away which is a big bonus for shooting documentary. The super 35mm crop is also very convenient as it gives the option to use certain cinema lenses as well as crop in to get more zoom range with others.

Filming for CNN’s Tech for Good

In June 2019 I had the opportunity to film a feature piece for CNN’s Tech For Good. As mentioned by them:

“ In this opening clip from #TechForGood, CNN’s Kristie Lu Stout speaks with South Korean percussionist Kyungho Jeon, whose blindness meant his dream of playing in an orchestra initially seemed out of reach. With designer Vahakn Matossian, Jeon then co-created the #haptic #baton, a wearable device that converts movements into vibrations – allowing him to be led by a conductor and perform with an ensemble.

The interview as well as the studio sequences in South Korea were filmed by myself. It was filmed on a Sony FS5 and a few shots were filmed with a Rhino Slider.

The piece can be seen here:

Working as a Camera Operator for a KBS Documentary

Two days after the CNN shoot I had the opportunity to work as one of four camera operators for a documentary called Wildmap that aired on KBS. It’s a documentary about a bird called the crested ibis. For myself this project was an intense 3 day shoot that took place in and around the Upo Wetlands located in Changnyeong county. The production was purely in Korean which put my speaking and listening abilities to the test. At one point I was involved in filming a livestream broadcast while wearing an IFB inside which was valuable experience. 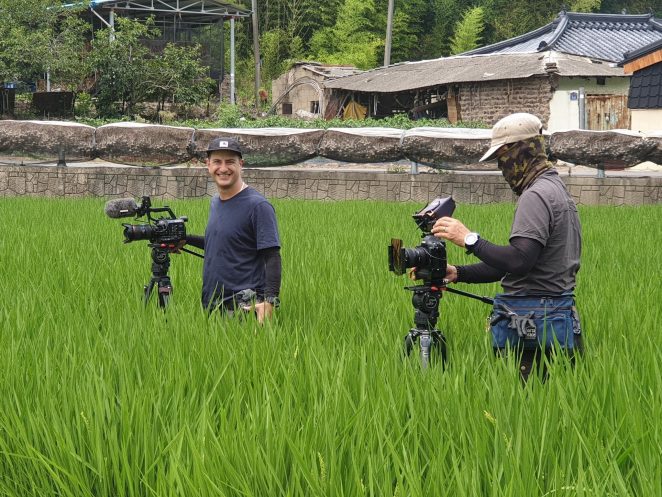 One important thing that I’ve been wanting to do more of for the past little while is passion projects. More specifically travel and drone films. In Vietnam I shot a travel film in Hanoi and drone film on Cat Ba Island in August 2020 and then in January 2020 I filmed a drone film in Palawan while on vacation. In January / February this year they were all completed. You can find the links here:

The year 2020 is coming to an end hopefully this situation with Covid-19 comes to end and that we can all flourish in 2021. I’m excited to see what next year has in store.